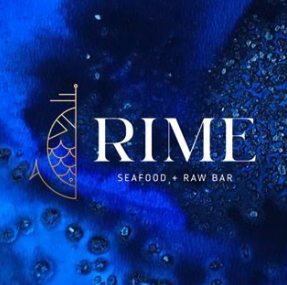 Sea meets snow at RIME Raw Bar, the world’s only slope side raw bar, located at the Deer Crest Cabin at the top of the Jordanelle Gondola at Deer Valley Resort. The latest endeavor from Matt Harris, renowned chef and restaurant owner of tupelo Park City, RIME lures skiers to its New England and coastal European-inspired seafood, paired with local beers and curated wines. The raw bar will be open 11 a.m. – 3 p.m. Thursdays – Sundays beginning December 20th and daily December 20 – January 6 and February 14 – 24, 2019.

Nestled into the refurbished Deer Crest Cabin, RIME is the first ever slope side raw bar, bringing the spirit of the seaside fisheries to the lunch and aprés ski experience at Deer Valley Resort. RIME’s savory slope side offerings include classic staples like fresh Oysters on the Half Shell, Chopped Ahi Tartare, Connecticut Style Lobster Roll, Shrimp Cocktail, Clam Chowder, and daily Crudo specials. RIME only serves seafood that is ethically fished from trusted sources, and shipments arrive fresh each morning, preserving the salty bite of the sea. A selection of craft beer and wine complement these seafood favorites.

RIME dishes are a testament to mariners who strike out in the cold of winter to capture the sea’s salty harvest. We respect the fruits of their labor, which is why we prepare dishes that satisfy with their simplicity. The tried and true classics speak for themselves—and transport you to summer coastlines, all while you’re taking in a view of blankets of white snow. Come savor the contrast and RIME with us.

Additional information, hours of operations and reservations are available at rimerawbar.com. Connect with Rime Raw Bar on Instagram: @rimerawbar 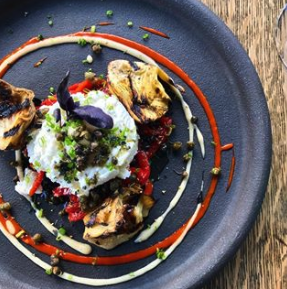 Derived from the gold standard of honeys, the name tupelo reflects the adaptation of Harris’ native Southern roots to the Beehive State. Just as a hive is both vital to and dependent upon its environment, tupelo also pays homage to the hyper-local, small-scale production model epitomized by bees. Like a bee that produces a complex honey by traveling from bloom to bloom, Chef Harris' handcrafted cuisine is the distinct result of the farmers, fisherfolk, and artisans met during his cross-country travels. With skills honed in major culinary empires, such as Jean-George Vongerichten, Kevin Rathbun, and Pano Karatossos' Buckhead Life Restaurant Group, Chef Harris is a long-time practitioner of slow food and farm-to-table cuisine. He has appeared on CBS' Fresh From the Kitchen as a celebrity guest chef and in Food and Wine, SKI, Esquire and more.

For reservations and more information, visit the restaurant's website at tupeloparkcity.com.