Beer Makes You Smart! Well... at least that is our philosophy at the No Name Saloon. Relax in front of the fire, play a little shuffleboard, watch your favorite sporting event and hoist a few drinks along with Park City's most colorful group of locals.
Built in 1905 by the M. S. Ashiem Mercantile Company on property adjacent to its thriving, landmark store, this Mission style structure was one of the few brick commercial buildings on Main Street in its day. The building has design features unique to Park City. It is a Spanish colonial revival design with decorative Queen Ann brick work, and an interior ceiling composed of a series of barrel vaults. Until 1911 the building was occupied by the Utah Independent Telephone Company, a rival exchange which eventually merged with Rocky Mountain Bell. In subsequent changes of owners and uses, the building housed Utah Power & Light Company offices, a bowling alley and a liquor store, before establishing The Alamo Saloon existing today. Careful restoration in 1981 presents a building whose facade today closely resembles that of the building when constructed. 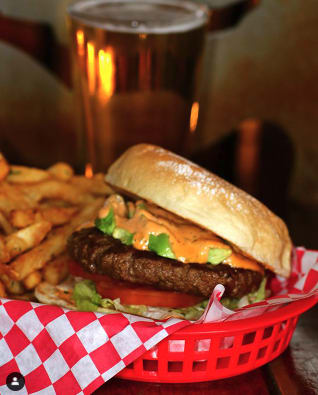 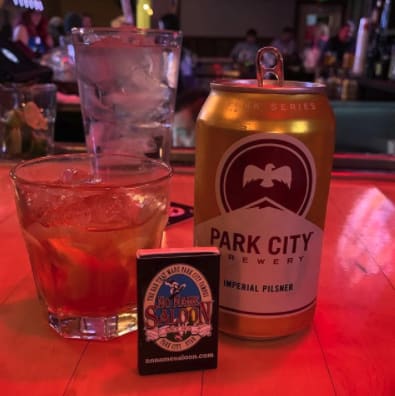